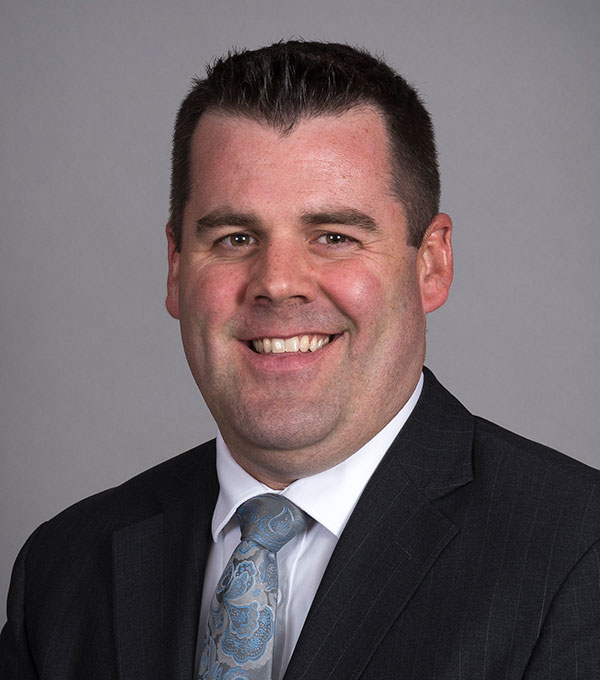 Michael Lyon joined Walsh Pancio in May of 2018. With more than ten years of experience, his trial practice focuses on the representation of individuals, corporations, and entities in personal injury, premises and motor vehicle liability, commercial tort, and contract cases. He also regularly practices in the areas of estate planning and drafting, contract negotiation and formation, and gaming law, with a particular emphasis on sports gambling legalization and regulation in Pennsylvania. He has represented clients in all aspects of litigation, from pleadings through trial and appeal.

Mike is an active and enthusiastic member of the Montgomery Bar Association (MBA). He served as Chair of the Young Lawyers’ Section of the MBA in 2019, and was elected to a three year term on the MBA’s Board of Directors beginning in 2020. He was also named to the MBA’s Law Reporter Committee and is past Chair of its Continuing Legal Education Committee. He is a graduate of the MBA’s prestigious Leadership Academy and was selected for the Academy’s inaugural 2.0 class in 2020. He is also an active member of the Pennsylvania Bar Association (PBA), where he was selected as a member of the PBA’s Bar Leadership Institute for 2017-18. He serves as a Zone 9 Delegate to the PBA’s House of Delegates. He is the Vice Chair of the PBA’s Gaming Law Committee, and also serves on the PBA’s Quality of Life and Federal Practice Committees.

In his community, Mike was appointed to the Zoning Hearing Board of Montgomery Township in 2020 after serving as a commissioner on the Township’s Planning Commission since 2015. He was also elected to the Board of Directors of Manna on Main Street, a nonprofit food distribution and supply organization in Lansdale, PA. He was a founding member of CrossFit Kanna in Ambler, PA and continues as both a member and adviser of the organization. He has been an adjunct professor at Villanova University School of Law, where he taught Trial Advocacy and served as coach of Villanova’s well-renowned National Trial Team. He also represents low-income tenants in landlord-tenant matters on a pro bono basis in the MBA’s EPIC (Eviction Prevention & Intervention Coalition) program.

Mike resides with his wife and two children in Montgomery Township, Pennsylvania. He is an avid golfer and a fan of all sports (especially his beloved Villanova Wildcats), CrossFit, travel, and history.